A New Perspective on Success 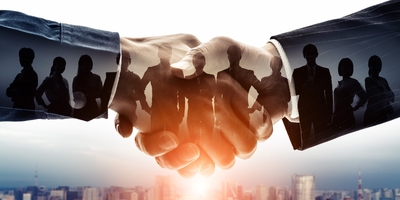 I’m not a big birthday guy.  As a kid, I didn’t have many birthday parties out of choice. I never saw the benefit of having a bunch of kids over to your house to eat cake (which I don’t like) and ice cream (which I like more than a lot).  Who thought of Pin the Tail On the Donkey (now I am really showing my age)?  For someone who has been wearing glasses since the age of three, putting on a blindfold holds no appeal. Heck, all you had to do was to take my glasses and send me on my way.  I would only have had a 10% chance of hitting the wall.  And didn’t you hate the kids who cheated at Pin the Tail?  I guess they went to work for Bernie Madoff.

For some reason, I’m having second thoughts about an upcoming birthday. It’s not a big one.  It’s just another year.  Yet, when the death toll from COVID-19 passed the 500,000 mark, caused by perspective to shift. I and most everyone I know look at life through a different lens and have reconsidered what success looks like.

I understood from a young age that if you want to succeed in this world, you can’t have a nine-to-five mentality. Instead, you need to be committed to completing a task, making sure that deadlines are met and doing what needs to be done regardless of how long it takes.  During COVID-19 many BKBG members realized that the workday does not stop simply because someone, somewhere along the way said that you should pack up your things at 5pm and head home.  That’s both positive and negative.  There needs to be balance, but there also needs to be passion.  Passion at work is similar to passion in relationships.  Relationships require an element of love.  If it’s true love, that feeling never wanes.  That feeling may be taxed, but never completely eroded.  Being married to your work has nothing to do with the hours put in, checking email on every ping or being accessible 24/7.  It has everything to do with effort and desire. When it’s true love, it seldom seems like work.

You know the people who win, the ones who are successful? They are dedicated to their craft. They don’t look at a time clock. AOL founder Steve Case, at the height of AOL’s prominence, was purported to have said to sell his company’s stock short if he ever took up the game of golf.  People who succeed don’t believe they deserve anything other than what they earned on their own.  I am not naive to think that some, myself included, have not had advantages.  Not having them just requires you to work harder and to commit more.  Sure, there are some who get a lucky break once in a while.  Not that luck is bad.  However, I tend to agree with Thomas Jefferson who said, “I’m a great believer in luck, and I find the harder I work the more I have of it.”

Another lesson I have learned is to understand how your boss, customers, team members, family members and others make decisions and then provide information in a format that follows their decision-making processes.  In other words, make it easy. This is a concept reinforced by author Chip Conley in his book Peak. Conley claims that a key component to his success was serving the unrecognized needs of his customers. What are the unrecognized needs of your clients, subcontractors and team members?  What are you doing to meet them?

One of the truly iconic customer service organizations on the planet, Walt Disney World, discovered delivering exceptional customer service is often compromised by forgetting that our customers don’t know as much as we do. Sometimes we forget or overlook things simply because they are so familiar to us even though they may be totally alien our customers.  We laugh at stupid questions not because the person who is asking them is a blithering idiot.  Instead, that person just does not know as much as we do.  Being successful requires treating everyone with respect.  I unfortunately have not always done so. Patience truly is a virtue almost always.

In thinking about what it is to be successful I’ve come down to two points.  One is to make a positive difference and the other is to strive for excellence and not to settle for anything less.  I still haven’t found the donkey’s hind quarters, but I am working at it.