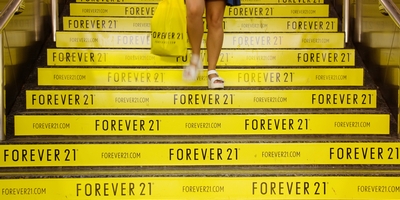 This week another national brick and mortar retail chain declared bankruptcy and reported a rash of store closings. Forever 21 announced that it plans to shutter most of its overseas locations and shut down up to 350 of its 549 U.S. stores. Forever 21's fate continues the trend that is expected to see more than 5,000 brick and mortar retailers cease operations in 2019.

Many kitchen and bath showrooms owners believe that our industry is unique and that our businesses are immune to the factors that are causing the demise of other brick and mortar retailers. At the end of the day, however, showrooms are in the retail business. In retail, the rules of the game continue to change, commanding that showrooms respond in kind.

Today's showroom visitors are better informed than customers were a few years ago. The Internet has provided access to information and pricing, offering both awareness and knowledge. But another trend has emerged that will continue to change the retail game moving forward. There are fewer customers. Birth rates in the U.S are at historic lows. In 1936 at the height of the Depression, there were 75.8 births per 1,000 women. In 2017, Pam Danziger reported in a recent blog, there were only 60.3 births per 1,000 women. This means that moving forward, a field of dreams marketing strategy will not work. Building it and believing that consumers will come is no longer an effective go-to-market strategy. It doesn't matter how well-merchandised a store is, how fresh the products are or how stellar your service is if there are no customers.

Millennials may be the largest generation in American history, 11 million more than the 76 million baby boomers, but more does not necessarily translate to better. Comparing the two generations paints a clear picture of why Millennials are unlikely to have the same economic impact as Boomers. Boomers came of age after the Second World War, when Americans sacrificed purchasing to support the war effort. When the war ended, pent up demand fueled a sustained economic expansion that was further aided by government-funded education via the GI Bill and low-cost mortgage and business loans to returning soldiers. Their offspring ­– Boomers ­–were the beneficiaries of government intervention to fuel the economy.

By contrast, Millennials entered the workforce saddled with billions of dollars of student debt and experienced one of the worst economic cycles in U.S. history. Many Millennials' debt levels preclude them from qualifying for a mortgage or even wanting one until their student loans have been satisfied. Compounding the Millennials' debt problem has been wage stagnation and limited purchasing power. According to a recent Pew study, today’s wages can purchase at the same level as wages 40 years ago.

Boomers will continue to drive the economy not only because of their wealth but also because of their numbers. By 2024, there will be 60 million Americans 65 years of age or older. Men in their 60s are the highest educated American demographic. They are expected to fuel what is termed the grandparent economy. For showrooms, this demographic represents a prime target because they are staying in their homes longer and in order to do so, they will make improvements to age in place gracefully and with dignity.