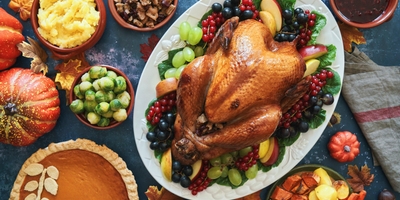 With so many BKBG Shareholders and Preferred Vendor Partners celebrating the Thanksgiving holiday today, we offer the following fun facts to bring a smile or two to your Thanksgiving table.  Enjoy!

Have a great Thanksgiving holiday everyone – The Buzz  will be back on December 2.