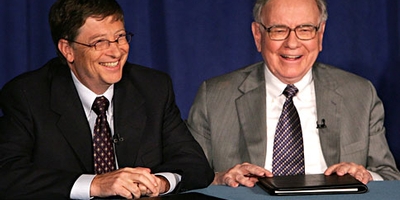 Jeff Haden in an Inc. magazine blog articulated commonalities among remarkably successful people.  Here’s what they have in common.

There are no rearview mirrors.  They have no backup plan, because a backup plan represents an easy out if things get tough or don’t go the way they were expected to go.  Remarkably successful people focus on making their plans work and will do whatever it takes to succeed.  Haden states, “Total commitment – without a safety net – will spur you to work harder than you ever imagined possible.”  And if you do not succeed, learn from your mistakes, but keep working hard.

They Start With the End Game in Mind

Remarkably successful people decide first where they want to end and work backward.

“Conventional wisdom yields conventional results.” Doing the same things as everyone else regardless of how hot the opportunity may appear will only yield average results.  Those who are remarkably successful are contrarians.  They take different paths because there is less competition and a much better chance to succeed.

Achieving a Goal is Not the End But the Beginning

Remarkably successful people don’t settle for average. Their goals are lofty and hard to achieve.  However, once the goal has been met, that does not mean the game is over.  It’s only the beginning because achieving one goal presents a launching pad to achieve the next goal.  “Remarkably successful people don’t try to win one race. They expect and plan to win a number of subsequent races.”

Remarkably successful people are great salespersons because they passionately believe in their product/service and can explain their benefits better than almost all others.  Selling is the foundation of all success, because it requires knowing how to negotiate, overcome objections and face rejection.  Selling skills help build relationships necessary to succeed.

Ego Never Gets in the Way of Success

Remarkably successful people are never afraid to be accountable for mistakes and missteps.  They give credit to others for helping to achieve goals and for their success and they can laugh at themselves.  They are not afraid of asking for help, failing or starting over.