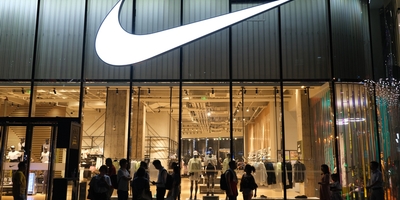 “Your job isn’t to get people to buy stuff; your job is to matter to them.  You need your customer to believe in what you do.  To ‘buy into’ what you are about. Your business can help customers express themselves.  Your brand can become part of their story. You can shape culture, communicate beauty; stimulate thought, and inspire action.  You don’t have to be in business just to sell a pile of stuff,” writes Bernadette Jiwa in her fascinating book, The Fortune Cookie Principle.”

Jiwa is correct, and for many showroom owners the concept she is articulating is difficult to grasp, because for so long showrooms were differentiated by having unique product and offering one-of-a-kind experiences.  Today, almost every product featured in a showroom can be accessed with a few clicks of a mouse.  As showroom owners, managers and consultants, a unique product can result in temporary advantages that are at best not sustainable and at worst fleeting.

An example is the competition between Nike and Reebok in the 1990s when both companies were on the same competitive plane, vying to be number one. Reebok’s Freestyle shoe line took Nike by surprise and outsold its heralded Air line.  Reebok captured a market that Nike had ignored – women’s aerobics.  Sales skyrocketed when television star and former supermodel Cybill Shepard wore a pair to the Emmy awards.  Technologically, Reebok and Nike were nose to nose.  Features and benefits were similar.  Why did Nike win and Reebok was relegated to a far distant second place?  Nike had a story that resonated with customers and Reebok was a shoe company.

Nike’s story evolved from its long and rich tradition of partnering with athletes.  Bo knew.  Nike, writes Ty Montague, in an HBR Blog, “was a company by and for athletes.  Because of this rich heritage, people know what Nike meant, in addition to what Nike made.”  Nike delivered Michael Jordan, Bo Jackson, Tiger Woods and a host of internationally recognized athletes.  Nike also appealled to weekend warriors, those who participate in sport casually and seriously a vehicle to express themselves and their beliefs.  Nike customers, writes Montague, were members of a tribe that believed in something bigger than shoes or apparel.  Their customers wanted to just do it.  What does that have to do with selling shoes?

Do you simply sell cabinets, countertops and tile or do you represent a vehicle that customers and clients can use to express themselves?  Would your customers wear a T-shirt with your logo on it?  The new rules of buying and selling require that you have a story worth telling and a customer base that can use your story to advance their own.