How to Get Your Team's Creative Juices Flowing 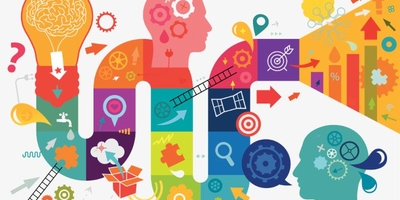 Myth: Not everyone can be creative.

Fact: Most everyone is passionate about something and when you are passionate, creative juices flow freely.

Research found that expertise in any particular field in required to produce creative results.  The reason why expertise is needed is that to understand a problem you need to know what would constitute a solution.  In order to promote creative solutions among team members identify the skills that they need, offer feedback on their work and encourage team members to address areas where their skill set needs to improve.  Amazon, for example believes the ability to write effective is key to creative performance.  That’s why the company mandates employees to write six-page memos.  Employees receive feedback and coaching on their memos, and they know that if they want to advance, memo writing needs to be at the top of the skill set ladder.

Expertise is only one criterion for creativity.  Another is to gain insights from outside your area of expertise.  According to Greg Satell, author of Mapping Innovation: A Playbook for Navigating a Disruptive Age, Picasso’s African period was inspired by a random trip to a museum and Charles Darwin’s theory of natural selection was developed after he read an economics essay by Thomas Malthus published 40 years earlier.

The ability to look outside of your area of expertise is one of the reasons why Google allows each employee to spend 20 percent of their time on projects unrelated to their job descriptions.  That’s how Gmail was created and a host of other Google products.

Technology’s ability to enhance productivity also can be leveraged to create innovative solutions.  Satell points to Pixar which was a technology company whose initial projects were creating short films that demonstrated its animation software.  Their development of technology led to the creating stories, which has resulted in one of the most successful movie studios in the world.  Pixar founder Ed Catmull writes in his book Creativity, Inc. that the first iteration of Pixar films were awful.  He viewed Pixar’s mission is to take a film that was awful and make into something that does not stink.  And that’s not easy.

Satell notes that Pixar serves as a great example of how not to judge too quickly, which helps to kill creativity at most organizations. You need to give ideas, no matter how off the wall, a chance to be vetted.  Most creative solutions don’t suddenly appear and will work immediately.  That’s why companies spend time and resources on research and development.  Creativity is not an event.  It’s a process that requires an investment in expertise, exploration and persistence.