Lessons From the Bankruptcies of Barneys and Dean and DeLuca 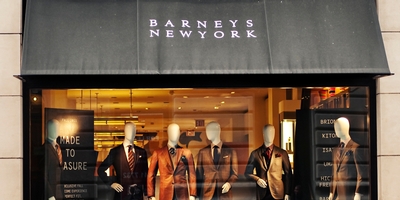 Two iconic retail brands declared bankruptcy last week, and the reported plummeting of Barneys and Dean and DeLuca point to the ongoing paradigm shift in luxury retail. In a recent article in The New York Times, Ginia Bellafante notes that, "during the 1970s and 1980s, the sophisticated shopping experience was not branded in efficiency or self-denial or schemes devised in investment banks. Dean & DeLuca was itself a work of art. This was also true of Barneys, another institution born of the ethos that shopping was an act of self-actualization. Now both institutions find themselves in a financial free-fall."

What happened?  Bellafante suggests that both retailers lost their focus, expanding in a way that made them less necessary. They were both victims of New York's annihilating real-estate market, and both have found it increasingly difficult to be profitable due to debt loads.

2018 BKBG Conference keynoter Bob Phibbs (The Retail Doctor), in a recent blog, attributed Barneys' downfall to poor customer service. Phibbs cited that 63% of online reviews were negative, and testimonials from customers that said Barneys had a culture of arrogance and an our-way-or-the-highway attitude.

But increased poor financial management and inconsistent customer service did not alone bring about their downfall. Something else happened. The Times notes, "The city that produced a retail culture focused on discovery and experimentation has become a place with Amazon boxes on the stoop of every brownstone. We have allowed our habits to become so effectively manipulated toward convenience that is hard to imagine appreciating idiosyncrasy if it returned."

Bellafante also suggests, "The Internet has reshaped desire; influencer culture has diminished the hunger for the exceptional. Those who can afford nearly anything so often are moved not by what no one else has but what Instagram suggests everybody else wants."

As she reminisces of Barney's garnering mainstream attention by way of the HBO series Sex and the City, Bellafante states, "During the period the show became iconic, we could still make sense of the idea, originating in the 19th-century conception of the department store, that shopping was a social experience. You went shopping with friends, you went shopping to look at people, because in the right contexts, those people were bound to seem interesting."

Has the purpose of shopping, especially luxury retail, been transformed from satisfying aspirations to simply filling voids? Bellafante questions.

Lessons for kitchen and bath showrooms: