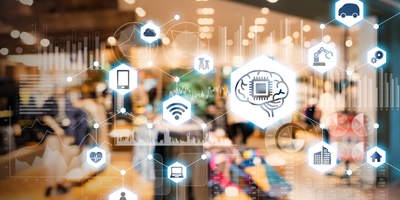 Big data seems to be all the rage. And how can you use big data to help your business? By ignoring it, at least initially, writes statistician Cassie Kozyrkov in a recent HBR blog. She advises that a key to more effective decision making is to frame the context of the decision before looking at the data. Doing so helps to avoid confirmation bias and the Ikea effect. Confirmation bias influences decision making by using data to justify what you want to believe or “to selectively confirm the choice you have already made in your heart.” The Ikea effect is overvaluing something because you have put a lot of effort into it. It’s the difference between good work and hard work. If you have invested time, resources and intellectual capital in a new venture, new line new strategy development, etc. you tend to fall in love with the effort and the potential for a successful outcome. Because of your investment, your judgment becomes clouded, and that generally results in bad decision making.

To overcome confirmation bias set your decision criteria in advance. An example is to determine how much you would pay for a ticket to a play without knowing how much tickets cost.

To avoid the potential pitfalls of the Ikea effect and confirmation bias, Kozyrkov advises framing the decision context in advance, starting with determining what you would do if you did not have additional data to evaluate. This is known as a default action. Another way to look at the decision is to make a judgement call to determine the lesser of all evils absent the information that will help you to make a more informed decision. After determining your default position without access to new information, determine how you are going to use data before it arrives. What would the numbers have to say to change your position from your default action? To answer that question, Kozyrkov advises imagining various states of the world and identifying if the default position you determined before the data showed up is right for each of them. This exercise allows you to create a metric that makes using the data more meaningful. The final piece of the puzzle is to determine your tolerance for risk. After doing so, look at the numbers.