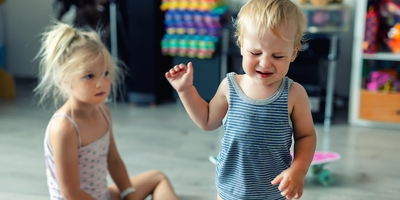 My two-year-old daughter was at a neighbor's house and wet her pants. When asked if she had an accident, she said, "no." When asked about the puddle on the floor next to her, she said, "Cody did it." Cody was a golden retriever.

We all know people who never do anything wrong, and if something is wrong or fails, it is always someone else's fault. When two employees don't get along, they blame each other, with both parties believing they are the victims. As an owner, manager, supervisor or boss, this type of behavior drives us crazy. There are four-year-old behaviors that should never exist, but do. The team member who never shows up on time. The team member who does the bare minimum. The team member who abuses leave time. What can you do?

New York Times best-selling author and Duke professor Dan Heath provides an answer in his new book Upstream: The Quest to Solve Problems Before They Happen. Here's how to get rid of the noise and craft solutions that work. In the example of the two employees who don't get along, sit them down. Apologize; yes apologize, for not acting sooner. Explain that their situation is destructive and not in the best interest of the company, you or them. Tell them that you are taking ownership of the resolution and won't take no for an answer. Then ask each person to explain the problem as if they were the only one responsible for the issue. Expect a lot of finger-pointing at first, but don't allow it. Repeat that they need to explain why the problem exists as if they were solely responsible for it occurring. Heath writes, "The strength of this tool is in helping to identify possible 'levers of action' in situations where many factors may contribute to a problem." Chances are you will see a paradigm shift from the sense of being a victim to an individual empowered to craft a solution.

Taking 100% ownership of problems, even if you did not create them, is a wonderfully effective technique to solve problems that your business or relationships face. It's accountability on steroids.