The Awesome Power of Metaphors 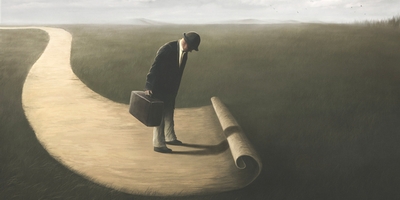 Robert Cialdini’s Influence is an iconic work that explained how to motivate people.  And that’s what showroom sales professionals do every day.  Sixteen years after Influence first hit the bookshelves, Cialdini has penned another seminal work entitled Pre-Suason: A Revolutionary Way to Influence and Persuade.  Pre-Suason just may be better than Influence and a more than worthwhile read for anyone who wants to increase their sales, performance, and professional sense of accomplishment.

Cialdini relates a story of Ben Feldman, who is arguably the greatest life insurance sales professional of all time.  At his peak in the 1970s and 1980s, Feldman sold more life insurance individually than 1,500 of the 1,800 New York Life agencies in the United States.  In 1992, he suffered a cerebral hemorrhage.  To honor Feldman, New York life held a contest it dubbed Feldman February.  Guess who won?  Feldman. He made calls from his hospital bed to close more than $15 million in new contracts within 28 days.  What was the reason for Feldman’s monumental success – the power of using metaphors.  Feldman never mentioned death in his sales pitches.  Instead, he portrayed life’s end as walking out of life, which connoted a breach in a family responsibility that needed to be cured.  Feldman was quick to frame insurance as the (metaphorically aligned) cure.  “When you walk out, your insurance money walks in,” Feldman would say.  The metaphor connotes the moral responsibility of life insurance, which resulted in many of Feldman’s clients purchasing policies.

Weight has significant metaphorical influence.  Studies found that resumes placed on heavier clipboards were rated higher than identical ones placed on lightweight clipboards.  Similar results occurred when identical reports were placed on heavy and lightweight clipboards.  The ones on the heavier material were considered more important.  The lesson for showrooms is if you want to sell a better cabinet have your clients hold a commodity type product in one hand and solid wood cabinet in the other and ask them to compare.  Almost invariable they will pick the heavier one that costs more because the metaphorical importance of weight.

Warmth is another metaphor that showrooms can use to their advantage.  Studies found that individuals who are given a hot beverage to hold briefly felt warmer toward, closer to, and more trusting of those around them.  As a result, Cialdini writes, they became more giving and cooperative in the social interaction that followed.  Lessons for showrooms, offer warm beverages to your clientele.

Metaphoric associations are reasons why sales professionals should avoid using terms such as cost or price, because they connote the loss of resources.  Better alternatives are purchases and investments because those words connect the concept of gain. Avoid negatives whenever possible.