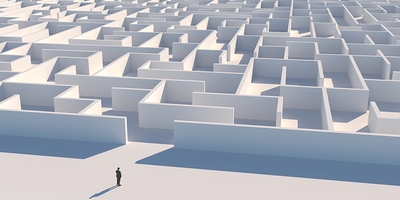 Have you wondered why your clients select your showroom? Is there a magic moment or zero moment of truth that puts someone over the edge and motivates them to sign on the dotted line? Decision-making is truly paradoxical says Duke University Professor Dan Ariely. Ariely is a best-selling author who also teaches psychology and behavioral economics and conducts extensive research on how and why people make decisions.  Ariely claims that most Americans behave as if we have no objectives, goals or aspirations. A large majority of us don’t do what we should of what we say we want to do. We tend to overeat and don’t exercise enough. We don’t develop three-, five- and seven-year plans for our lives. We have subscriptions that we don’t use but don’t cancel. There are lots of don’ts in most of our lives.

Ariely also identified elements of life that we are good at. For example, most of us wear seatbelts in a car. Why is this? Ariely claims that the high percentage of Americans that wear seatbelts is a combination of science and kids in the back seat screaming “if I have to be strapped in why not you?” Another thing that we are particularly good at is brushing our teeth, but the reason most of us brush at least two times a day has little to do with protecting our teeth. Ariely claims that the reason we brush our teeth frequently is to be socially acceptable. Who wants bad breath? The traits and activities that most of your customers are good at or bad at have little to do with knowledge and information.

Another example is the percentage of drivers throughout the world that are willing to donate their organs when they die. In countries where citizens had to check a box to donate, the highest percentage of those willing to do so was 28% and most were in the single digits. In countries where you have to check a box not to donate, the percentage of those who are willing to donate organs increased to as high as 100%. This is called opt-in, opt-out and reinforces the notion that decision-making is the function of the environment that we are in. Ariely says that we use our brain to tell stories why we made a decision after the fact. In live sessions, Ariely asked his audience if they had vegetables and fruit rotting in their refrigerators. Most of the audience raised their hands. Why does anyone buy food to only have it sit and rot and not be usable? Ariely explains it's a function of bad refrigerator design. “You eat at eye level,” Ariely said, and you don't bend down to open the fruit or vegetable drawer. That’s too much work.”

An insurance company attempted to have its insureds switch to generic medicines and offered to lower the co-pay to zero if they did. Less than 3% of the insureds took advantage of the offer. The company then sent a letter stating that unless customers selected between generic and brand name medicine the company would stop paying for their medicine. That did the trick. This technique had little to do with returning a letter. It had everything to do with the notion of opt in, opt out.

Most customers don’t do what they say they are going to do. How many actually have lost the 10 pounds they want to shed? Want to eat less, use a smaller plate.

Here are the decision-making lessons for BKBG Shareholders:

When you attempt to convince a customer to use your showroom for a new kitchen or bath, don’t focus on lofty objectives. Instead, go into the small details that make a difference. What is easy is memorable.