The Future of Compensation and Benefits 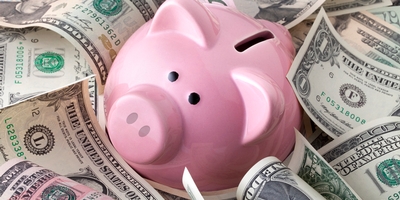 The Great Resignation wrecked havoc on compensation and benefits for many kitchen and bath showrooms and design build businesses and just about every other industry, making it difficult to attract and retain top talent at all levels.  Wal-Mart, McDonalds, Bank of America and others offered pay scales and benefits that most small and medium-sized businesses could not match, making it even more difficult attract and retain team members.

There may be a silver lining on the horizon.  Salaries are expected to level in the coming months and as the economy becomes more unsettled, interest rates continue to rise and recession looms on the horizon.  Signs of a changing economic and employment landscape are already showing in the form of large layoffs from marquee tech companies. as of mid-September, more than 42,000 workers in the U.S. tech sector have been laid off in mass job cuts so far in 2022, according to a Crunchbase News tally. Twitter, Tesla, Shopify, Microsoft, and Netflix have all cut staff, some of them more than once.

Layoffs are likely to continue if not accelerate in the next 12 to 18 months in certain industries, but this will not ease the need for kitchen and bath showrooms to continue to offer unique benefits, longer-term incentives and competitive salaries to retain their best team members. There remains strong demand for employees in retail, hospitality, airlines where kitchen and bath showrooms compete against.

Inflation will provide added pressure to continue to increase compensation.  Several HR experts predict that average annual salaries will increase between 4 to 8% for top performing team members.  Employment markets stabilizing provide kitchen and bath showrooms opportunities to better focus on their top performers and determine the future of those who do not fall into the top performing category.  Those remaining in the organization are likely to be called on to do more with less.

Transparency is another compensation trend that emerged during the Great Resignation.  Many industries are rethinking how they view compensation and benefits to become more flexible.  Employees want to know who their contributions will be rewarded and how their work effort impacts the success of the showroom and/or company.  They want to know that they make a difference.

The need to attract and retain top talent also has upended the benefits companies offer to their team.  Companies have gotten more creative addressing the needs of a hybrid workforce by paying for a portion of employees’ internet and electricity bills that have increased due to working from home. Other companies to entice team members to return to the office are paying for parking and offering commuter discounts.