The Politics of Shopping 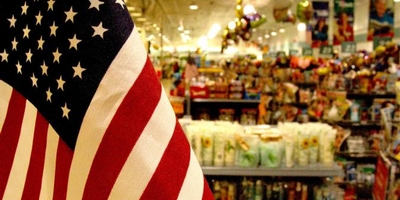 A fascinating study of 1,600 American consumers in February 2018 found that 65 percent of consumers’ shopping behavior has been affected by the current administration in the White House. This is a whopping 25 percent increase from a similar study produced in February 2017.

The reasons for the changed perception range from the overall positive impression most people have of the economy to a shift in consumer behavior that is affected by the social consciousness and political bent of retailers. Retail purchases are up almost five percent in the first four months of 2018, reports Unity Marketing’s Pam Danziger. It seems the Trump Administration’s impact has reached the retail landscape. Danziger reports that 28 percent of consumers are purchasing more retail this year because the economy. On the other hand, nearly 21 percent of consumers report they shop less often at retailers that openly support President Trump. For example, consumers that don’t like Trump are less likely to shop at sporting goods stores and department stores that sell automatic guns.

Another shift in consumer behavior is an increased awareness of brands’ social policies and advocacy positions. What a brand stands for has become as important as what a brand sells. How companies treat their employees, where products are sourced and responsibility to customers are driving consumer perception and purchasing decisions.

Here are the lessons for kitchen and bath showrooms: If you are active in your community or support charitable causes, let your consumers know. On your website, include copy that explains what you stand for. When you focus on shared values of your customer base, being socially responsible and doing the right things consistent with your values, you will rise above political leanings right or left. Neither party has a monopoly on being a good corporate citizen.