Use Constructive Criticism To Spur Creativity 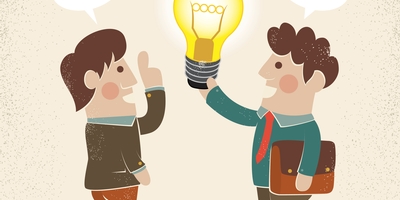 At the 2019 BKBG Conference, keynoter Avish Parashar suggested that a shift from saying "yes, but" to saying, "yes, and" has the potential to enhance productivity, perpetuate positivity and unleash brilliance.  Authors Roberto Verganti (Overcrowded. Designing Meaningful Products in a World Awash With Ideas) and Don Norman (The Design of Everyday Things and Emotional Design) disagree. They claim that creativity is enhanced not by deferring criticism but through criticism.

The reasoning for not using "yes, and" only is that truly exceptional ideas almost always have flaws because they explore new terrain. Norman and Verganti argue that without critical feedback, you can't understand the potential shortcomings and pitfalls of an original idea or concept, and this results in missed opportunities to delve into the idea more deeply. They state, "It's moving forward without progress."

The authors suggest combining "yes, but" and "yes, and" in a constructive approach. When evaluating an idea, identify perceived flaws, provide constructive feedback and offer suggestions to overcome or avoid the identified challenges. The constructive feedback and each new version of the idea should receive the same critical review. “This kind of constructive interaction encourages a deep cycle of critical dialogues that can lead to a coherent breakthrough idea,” Norman and Verganti write. Using a combination of "yes, but" and "yes, and" create opportunities for progress, because the team can see both positive and negative aspects, continually improving on the idea with each iteration.

To make criticism a positive instead of a negative, don’t attack or insult. Instead, acknowledge the talent and abilities of those who proposed the idea. Any critical feedback needs to be accompanied by recommendations for improvement. If you are not sure of the goal or intent, be specific in the details that you don't understand instead of just saying, "I don't' get it." Don’t blindly accept ideas that you like either. Search for ways to improve the original.

When receiving a critique, view the feedback as a learning opportunity, and take advantage of the chance to see your idea through a different lens and with a new perspective. The bottom line is that when offering criticism, frame your suggestions as positive and helpful. When your ideas are critiqued, use the feedback as opportunities to learn and improve. “When conducted with curiosity and respect, criticism becomes the most advanced form of creativity,” the authors conclude.